Julee Richardson, MA ’78, PhD, earned her master’s degree in gerontology from HNU in 1978. She obtained her PhD in gerontology from the University of California, San Francisco (UCSF) in 1984 and taught within the gerontology program at HNU for a year. Richardson is retired from her position at Chabot College in Hayward, where she spent many years teaching sociology and leading the adult education program. Thanks to retirement, she now has more time to create her stunning ceramic masks and other works. 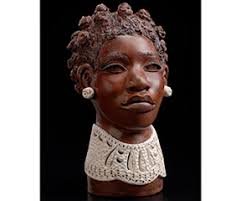 What professional achievement are you most proud of?

For a number of years I worked with the Stanford Geriatric Education Center. I became a national spokesperson in the area of minority aging and traveled throughout the U.S. participating in conferences and workshops. I also coordinated the “Quest” program at Chabot College in Hayward, which was a community college program for older adults.

What made you decide to attend HNU?

In the early 1970s when I realized that I wanted to return to school and get a degree in gerontology there were very few schools in California offering such a program.  Holy Names was on the cutting edge and had a program in gerontology. 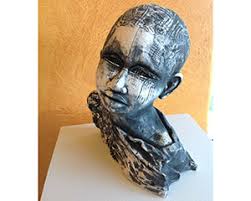 Who is the person who influenced you the most at HNU?

The person who influenced me the most at Holy names was Dr. Deana Logan. She taught research methodology and was my thesis advisor. The preparation and encouragement she gave was invaluable. It was really because of her encouragement that I decided to apply to UCSF.

As someone who was part of HNU as both a student and a teacher, what did you enjoy the most about your time as a student—and then as a teacher—here?

There are so many people that I remember very fondly from Holy Names especially during the year that I taught at Holy Names full time. I am unable to remember the names of everyone who was special to me, but some of them are Sister Maureen Hester, Sister Mary Anderson, Sister June, and of course Pat Wortner, the best support staff ever.

What advice would you give to a new student? And when you describe Holy Names University, how do you describe it?

Holy Names is a premier educational institution where individual students are actually seen by their professors. These same professors devote countless hours to helping their students succeed. Small classes help students with different learning styles to be successful and, as with me, Holy Names fosters positive self-esteem. This is how I describe Holy Names when I am encouraging students to apply. My advice to new students would be to remember that the professors are there to help you succeed, but they are not mind readers. Tutors are nothing more than “Educational Consultants,” so be smart enough to consult one when a particular area is not your area of strength, and know that we all have some areas that are weaker than others.