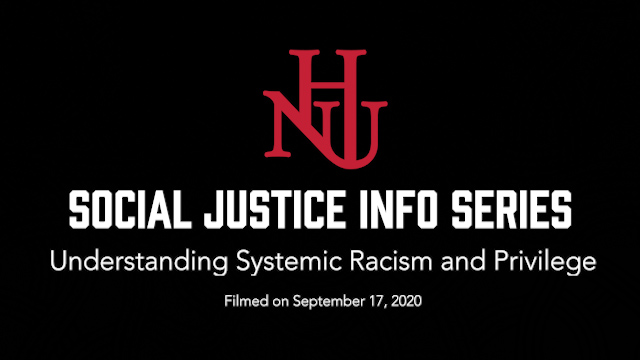 The guest speaker was Rodney Coates, PhD, professor of sociology and gerontology and the director of Black World Studies at Miami University. Dr. Coates is a published poet, essayist, and editorialist and is frequently featured in both national and local press. His work is focused on critical race and ethnic studies.

Dr. Coates started the session with a powerful call to action, “Across the country–from Baltimore to Oakland, from Ferguson to Cincinnati, from New York to New Orleans–one can hear the refrain, ‘Black Lives Matter.’ Of course, you say, ‘Yes, we concur … But as we listen to the chants and the attention being directed at the police, as yet another Black man dies, we cannot but wonder why we have to have this conversation again.It’s obvious, isn’t it? Maybe not … If Black lives do matter then it’s not because they’re Black, but because they’re lives. Our very humanity requires that we recognize this, and so in doing, we should be clear that issues should not have to wait to be resolved at the end of a police revolver. Nor should it have to wait for the press, the protests, or the collective guilt to reach us that we recognize that the problem is neither Black nor is it necessarily one of policing. Rather it strikes at the core of our very being and it has a name: self-worth.”

Dr. Coates explained how there are two kinds of privilege, one that is earned and one that is unearned, “I’m a full-time professor at Miami University and I have earned that status. I have a bachelor’s, two master’s, and a PhD, but I was born in a place called East St. Louis, Illinois that is in the ghetto. I did not earn that status. Unearned privileges are those that we are born with, but it’s nothing to be guilty about.”

Dr. Coates explained how privilege is tied to systemic racism. He shared his personal experience in needing to have “the Conversation” with his Black son on police brutality. He also mapped out the deep history of racism and why it is embedded in our current systems.

“Racism is both power and discrimination, while it embeds within these structures, schools, churches, police systems, economic systems, and housing systems,” explains Dr. Coates. “At the core of this system … is not only a denial of identity, but also is a deliberate attempt to keep individuals ignorant. The most revolutionary thing we can do to transform the system is to educate people about themselves and the system.”

Dr. Coates emphasized the importance of having people of color teaching across campus disciplines–not just in classes on race and justice. “We need to talk about social justice in chemistry, and embed race and ethnic studies into philosophy and music. That way we’re not having isolated conversations.” He continued, “[We need] our white scholars to become culturally competent and aware of their privilege. They need to use their privilege as a bridge to students of color– to open doors of knowledge and opportunity.”

Throughout the session Dr. Coates spoke of the revolutionary power students can wield. He called on each student to become the “most dangerous person in America: a thinking, critical, reflective scholar.”